Study specialized electrical engineering articles, papers & video courses in low/high voltage areas. Get 50% OFF on all courses at the EEP Academy with the Enterprise Plan.

3.1 Selection according to ratings

The system conditions, that is, the properties of the primary circuit, determine the required parameters.

The most important of these are:

The upper limit of the system voltage the device is designed for. Because all high voltage switching devices are zero-current interrupters, except for some for fuses the system voltage is the most important dimensioning criterion.

These can be operating voltages or higher frequency voltages caused by switching operations, earth faults (internal overvoltages) or lightning strikes (external overvoltages). The dielectric strength is verified by a lightning impulse withstand voltage test with the standard impulse wave of 1.2/50μs and a power frequency withstand voltage test (50Hz/1min).

The current that the main circuit of a device can continuously carry under defined conditions. The temperature increase of components – especially contacts must not exceed defined values.

Permissible temperature increases always refer to the ambient air temperature. If a device is mounted in an enclosure, it may be advisable to load it below its full rated current, depending on the quality of heat dissipation.

The peak value of the major loop of the short circuit current during a compensation process after the beginning of the current flow, which the device can carry in closed state.

It is a measure for the electrodynamic (mechanical) load of an electrical component. For devices with full making capacity, this value is not relevant.

The peak value of the making current in case of short circuit at the terminals of the switching device. This stress is greater than that of the rated peak withstand current, because dynamic forces may work against the contact movement.

The load breaking current in normal operation. For devices with full breaking capacity and without a critical current range, this value is not relevant.

The root – mean – square value of the breaking current in case of short circuit at the terminals of the switching device.

3.2 Selection according to endurance and switching rates

If several devices satisfy the electrical requirements and no additional criteria have to be taken into account, the required switching rate can be used as an additional selection criterion.

Table 1 through table 5 show the endurance of the switching devices, providing a recommendation for their appropriate use. The respective device standards distinguish between classes of mechanical (M) and electrical (E) endurance, whereby they can also be used together on the same switching device.

Standard IEC 62271 – 103/VDE 0671 – 103 only specifies classes for the so called general-purpose switches. There are also ‘special switches’ and ‘switches for limited applications’.

Important note:
Disconnectors up to 52kV may only switch negligible currents up to 500mA (e.g., voltage transformer), or larger currents only when there is an insignificant voltage difference (e.g., during busbar transfer when the bus coupler is closed).

General-purpose switches that are intended for use in systems with isolated neutral or with earth fault compensation must also be able to switch under earth fault conditions.

SF6 switches are appropriate when the switching rate is not more than once a month. These switches are usually classified as E3 with regard to their electrical endurance.

Air-break or hard-gas switches are appropriate when the switching rate is not more than once a year. These switches are simpler and usually belong to the E1 class. There are also E2 versions available.

The switching capacity of vacuum switches is significantly higher than that of the M2/E2 classes. Vacuum switches are used for special tasks: mostly in industrial power supply systems, or when the switching rate is at least once a week.

Whereas the number of mechanical operating cycles is specifically stated in the M classes, the circuit breaker standard IEC 62271-100/VDE 0671-100 does not define the electrical endurance of the E classes by specific numbers of operating cycles; the standard remains very vague on this.

Modern vacuum circuit breakers can generally make and break the rated normal current up to the number of mechanical operating cycles.

The switching rate is not a determining selection criterion, because circuit breakers are always used where short – circuit breaking capacity is required to protect equipment.

Therefore, classes are only specified for the number of mechanical operating cycles.

The standard does not specify how often an earthing switch can be actuated purely mechanically; there are no M classes for these switches.

The standard has not specified any endurance classes for conductors yet. Commonly used conductors today have a mechanical and electrical endurance in the range of 250,000 to 1,000,000 operating cycles.

They are used wherever switching operations are performed very frequently, e.g., more than once per hour. 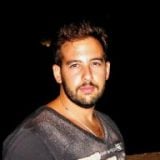 Leave a Reply to Tarif Singh