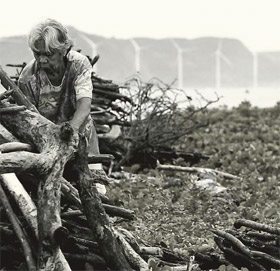 As on land, offshore wind developers have to ensure that their turbines and transmission infrastructure do not interfere with marine life and ecosystems. National regulations ensure that project developers assess in both qualitative and quantitative terms the expected environmental impacts on the marine environment. These procedures ensure that projects comply with international and EU law as well as conventions and regulations covering habitat and wildlife conservation.

Within the structure of an environmental impact assessment, an initial baseline study is conducted. Subsequent monitoring is necessary to record any changes within the marine environment which may have been caused by human activity. The monitoring phase may go on for several years, and evaluations and conclusions are updated annually to assess changes over time.

Danish experience over the past 17 years shows that offshore wind farms, if sited correctly, can be engineered and operated without significant damage to the marine environment and vulnerable species.

A comprehensive environmental monitoring programme carried out at the Horns Rev (160 M W) and Nysted (165 MW) wind farms by the two developers, together with the Danish Energy Authority and the Forest and Nature Agency, has confirmed that, “under the right conditions, even big wind farms pose low risks to birds, mammals and fish…”

The monitoring showed that neither seals nor harbour porpoises, both of which are active in the area, have been forced to make any substantial changes to their behaviour. Fish and benthic communities have even been attracted to the foundations of the wind turbines after their construction, the latter using them as hatchery or nursery grounds.

Among the most common sea birds frequenting the area of the Nysted wind farm, surveys showed that among a total of 235,000 eider ducks passing by each autumn on migration, the predicted collision rate was just 0.02%. Radar plotting showed that flocks of migrating birds mostly flew round the outside of the block of 72 turbines.

Clean, but with environmental impacts

Wind energy is arguably the cleanest electricity generation technology, but, like any other industry, does have environmental impacts.

The wind industry takes its responsibility to reduce the impacts of wind energy on the environment very seriously, and, since the early days of this relatively young industry, significant improvements have been made with regards to the siting of wind farms and the design of turbines.