Get 15% OFF on Pro Premium Plan with discount code: UX21M. Study specialized electrical engineering articles and papers in Low- and High-Voltage areas.

Engineers at MIT (Massachusetts Institute of Technology) have figured out a way to deal with virus that is better than just killing them: they’re putting them to work. The researchers have developed a new technique wherein a key component of a microscopic battery is assembled by viruses, allowing for the cheap and simple construction of very small power sources.

The research, first published in the journal The Proceedings of the National Academy of Sciences, builds on earlier work by the MIT group involving viruses. In the earlier experiments the scientists genetically engineered viruses to make a protein skin that attracts bits of metal. In the new experiment, the researchers put that skill to work by having the viruses build a specific part of a larger machine.

Batteries are composed of four key components, an anode and cathode that form the positive and negative poles, an electrolyte that transfers the electric charge between them, and a separator to keep the anode and cathode apart. In the MIT experiment, two polymer layers that would serve as the electrolyte and the separator were lain on top of a four micrometer wide post.

The genetically engineered viruses were then encouraged to grow on top of those layers, where they would attract a metal, in this case cobalt oxide, which would serve as the anode. The researchers still haven’t engineered a virus to make the cathode, but that is clearly the next step. The whole process is especially attractive because of its easy and low cost. The problem is application. Right now, there are no devices that require a battery one tenth the width of a human hair.

However, in the future these small batteries could serve as the primary power source for a wide range of nanotechnology. Which is good, because in these days of green energy we wouldn’t want our nanotechnology running on coal or oil.

SOURCE: The Proceedings of the National Academy of Sciences (A technical journal from MIT) 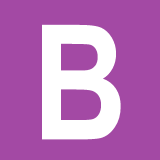 Leave a Reply to Majaz Ahmad

Learn to design electrical power and industrial automation systems through professional video courses.
Browse Courses
© 2021 EEP - Electrical Engineering Portal. All Rights Reserved | Privacy Policy | Terms and Conditions
The content is copyrighted to EEP and may not be reproduced on other websites.